the man, the myth, the mythtery 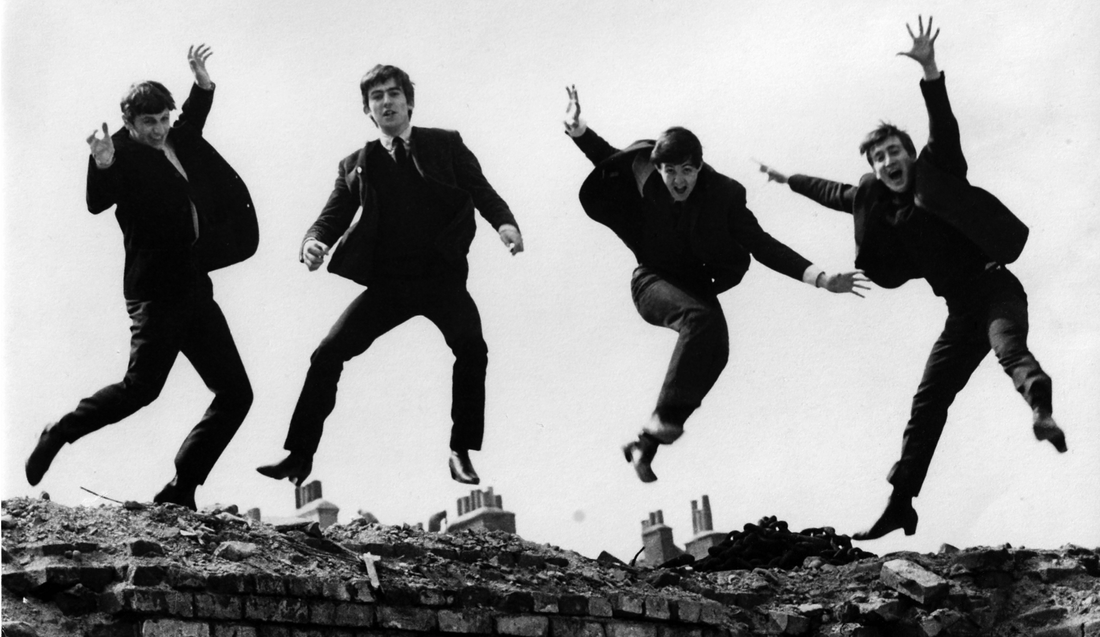 Martin Chatterton was born in Liverpool at almost exactly the same time that   The Beatles  were discovered, Kennedy was assassinated and the space race began. Historians have seldom made a connection between the events but surely they are unlikely to have been mere coincidences?

A phenomenally talented and attractive baby (he would have won first prize in the Rhyl 'Cutest baby' competition in 1963 if it hadn't been for that damned kid with the ringlets) Chatterton showed promise from the very beginning. A career in the arts seemed assured when he painted what is regarded as his finest early work; a three-panel diptych depicting the linear development of industrial relations in the early twentieth century as shown by a ducky and a horsey.

Education and everything in between

A spell as John Lennon's paperboy led to Chatterton taking an interest in words and language and he was dead good at writin at school. With both parents (allegedly both teachers but in fact deep cover agents working for   MI5) often absent for long periods, Chatterton learned to fend for himself. A botched espionage plan led to him becoming a punk rocker before taking a graphics degree at   Kingston    and diving into a career as an    illustrator

As an illustrator, Chatterton proved to be a master, working for customers around the world from the Sydney Opera House to Uncle Pung's Chinese Noodle Snax. His distinctive 'funny' work featured in TV commercials, posters, packaging, electronic media, newspapers, comics . . . anywhere and everywhere.

His stint as a scribbler was only supposed to be temporary while he developed his 'cover' but at art college Chatterton had gone native and he began dressing weirdly and believing he was in fact, an illustrator. His MI5 handlers gradually lost interest in planting him in Moscow and he assumed the name 'Martin Chatterton' permanently (his real name, Piers Ilyoivich Ilyushin John Winston  Dixie Dean  Smythe, was concealed in Whitehall files until last year).

It’s a little known fact but ‘Martin Chatterton’ is actually TWO people! Yes, Chatterton works alongside his elegant wife, Annie.   Despite working side by side for many years Chatterton makes sure that his wife gets little credit for her contribution, hogging the limelight for himself and sending Annie out to   Tesco’s whenever he needs additional supplies of chocolate raisins or fake tanning lotion.  'As long as I get the credit cards," says Annie. "He can keep the credit.'   It is Annie who is responsible for the stunning colour work that Chatterton is renowned for (quite falsely as it turns out).

It was during his time at art college that Chatterton had first fallen under the spell of the infamous Cold War siren, 'Annie 'Legski' Carroll', the scourge of MI5's top agents. But such was Chatterton's animal magentism that Carroll abandoned her role as Russia's top seductress and became his ever-lovin' wife in a touching ceremony presided over by Elvis Presley in Las Vegas. They are still happily married (Chatterton and Carroll that is, not Chatterton and Elvis) with two sprogs: Sophie, a concert pianist/playwright/mirror polisher, and Danny, a former child soccer prodigy currently being sought by half the top clubs in Europe. 'It's in the genes,'    said Dr. Brian Boffin, Head of the government Brainy Types Department. 'Martin Chatterton was a skilful enough player to have captained Brazil and it's Danny's good luck to have inherited his father's ball skills (to say nothing of his chiselled good looks).'

In the 1980's Chatterton embarked on an ambitious plan to become the Greatest Writer Ever To Walk The Earth. His five-year plan, now nearing it's glorious thirtyfifth year, began by writing books whenever he was asked and by lurching accidentally from one book to another. Along the way he also opened a   design company, taught sulky teenagers how to be good designers, sold lingerie, worked as a pipe-fitter's mate and travelled the globe from Seattle to Sydney. He has illustrated more than a hundred books for other less talented writers in addition to writing (and sometimes illustrating) forty of his own  (several have no pictures and are in joined-up writing). He has appeared on TV and radio many times where he effortlessly makes    a complete prat of himself. He has also graced the pages of many of Britain's most fashionable publications including 'The Southport Visiter' and 'The Lancashire Evening Post'.

These days Chatterton cuts a dashing figure as he strides across the dew-laden pastures of his rambling colonial estates (UK and Australia) clad in his trademark perfectly tailored suits, his tousled hair now flecked with distinguished silver, a smile playing across his gleaming yellow teeth as he throws a stick to his faithful labradors, Coffee, Frankie and the adopted Rosie   and waving to one or two peasants (better known as 'Australians') along the way. Successful, rich beyond the dreams of most, good-looking enough to make even David Beckham ill with envy, with a devoted and gorgeous family, what else is there for Chatterton left to achieve?

'I'd like to reach out and touch those less fortunate than myself,'    says the Grand Old Man of British letters, 'poor unloved fashion models and Hollywood actresses for example. I can pass my knowledge on to them and perhaps make a difference in their humdrum lives . . . did I mention I was a trained masseur? I would also like to establish a re-education centre for   Manchester United   supporters who don't originate in Manchester.'

Simple wishes perhaps, but who is to say that Chatterton will not one day achieve the few goals left in the years he has left?
Martin Chatterton books and more..
You'll probably have noticed that some of the information on the 'Biography' page was slightly, erm, embroidered, so here's the rather more boring truth...

Dr Martin Chatterton  was born in Liverpool  (UK) in 1961 and attended art college in London during the early 1980's. Since graduating he has worked succesfully in the publishing and design business as an author and illustrator. He has written many children's books for a variety of age ranges and has illustrated more than a hundred books for many other writers, including Roger McGough, Tony Bradman, Julia Donaldson, Jon Blake, Tony Mitton and Michael Rosen. A full-time writer, illustrator, film-maker and performer, Martin has previously spent time as a graphic designer and  lecturer. In 2017 he completed his PhD on the legacy of the Atlantic Slave Trade in Liverpool. As an Australian author Martin writes books for children, as well as crime fiction and for the screen as Ed Chatterton  and is a partner in Sugartown Media, a film and media company based in Vancouver and in Hungry Head Productions (UK). Martin's most recent work includes Penguin children's book 'The Tell' and Middle School with James Patterson. Martin successfully travels the world performing at school incursions and school author visits.

He divides his working year between the UK and Australia and is married with two grown up children. He is a popular public speaker at schools and festivals  in Australia and overseas.

As writer: Adult crime fiction series by Random House Australia and Random House UK. The first novel – A Dark Place To Die – is currently in script development as a UK/Australian co-produced six- part ($12 million) TV series (as The Art of Killing by Escapade Media/Mam Tor Productions. Underland, the second in the series, published in 2013. Remission, the third of the series was published in 2017. The Last Slave Ship will be published in 2018.
Recent projects: co-wrote (and illustrated) four books in the Middle School series with James Patterson selling in multiple global territories. The fifth Middle School book for Penguin Random House, G'Day America was published in 2019. A crime novel, Absolute Zero (with James Patterson for Penguin Random House), was published globally in late 2017.
Collaborated with ARIA-award winning musician Pat Davern for ABC Australia on Alexander the Elephant which was nominated for an ARIA in 2016 and is currently in development (with Justine Clarke) as a theatrical production for the Sydney Opera House in 2019.
The Tell, an Australia-based YA crime novel for Penguin Random House publishes in April 2020.

Screenwriting
Winter of the White Bear, a 25 minute animated special based on the children's book of the same name is now in active development by Hungry Head Productions (UK) with funding from the British Film Institute's Young Audiences Content Fund.

Teaching
Visiting lecturer at a number of universities and art colleges in the UK including roles at Carlisle College of Art, York College of Art, Kingston University, Maidenhead College of Art, Birmingham Polytechnic, Hereford College of Art.
1987-1993: Associate Senior Lecturer at the University of Central Lancashire. Taught on the graphics BA and was jointly responsible for delivery of the final year programme.
1994 -1998: External Examiner for the BA in Illustration and Graphics at Manchester Metropolitan University. Also part of that institution’s Course Validation Consultancy process for the BA in Illustration and Animation.
Writer-in-residence at the State Library of Queensland (Brisbane, 2009) the Southport School (Gold Coast, 2009), the Lutheran Anglican College (Sunshine Coast, 2009), Belmont School (2014), Villanova College (Brisbane, 2015), the Stonehill International School, Bangalore, India (February 2018).
Multiple creative writing workshops for (amongst others) The State Library of Queensland, the Northern Rivers Writers Centre, the Brisbane Writers Festival, the Byron Writer’s Festival, the Sydney Writers Festival and a number of schools in NSW, WA, SA and Queensland.
Creative Writing Mentor on inaugural ‘ArtStart’ program for Arts Northern Rivers, NSW, 2012.