so much to do...so little time! 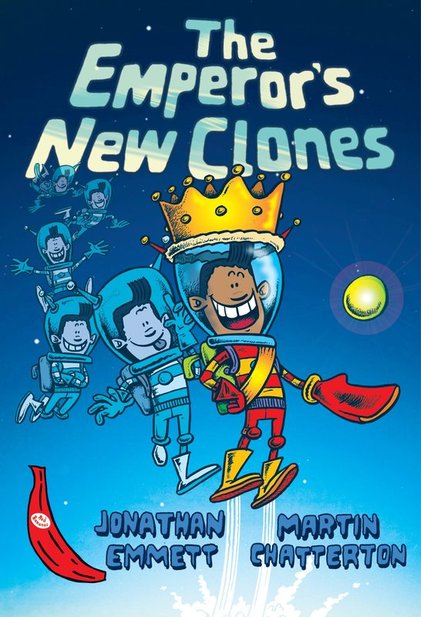 The Emperor's New Clones   is written by the wonderful Mr Jonathan Emmett and illustrated by Martin Chatterton.

Robbie hates being the Galactic Emperor.
He has so many royal duties he never has time to play blasterball, his favourite sport.

If only there was someone else could do them for him. But then Robbie meets Professor Parton.
​
The Professor has just invented a cloning machine, which gives Rodney an excellent idea …

Watch and listen to Jonathan  explain The Emperor's New Clones in the youtube link below...