Winter Of The White Bear
the day White Bear came, everything changed forever . . . 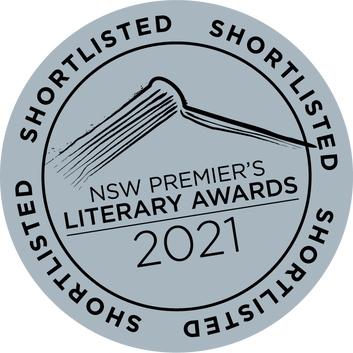 Following on from being shortlisted in the Prime Minister's Literary Awards (see below), in April 2021, Winter of the White Bear received it's second prestigious shortlisting by being chosen for the Patricia Wrightson Prize in the New South Wales Premier's Literary Awards.

The prize, established in 1999, commemorates the work of Patricia Wrightson (1921-2010), one of Australia’s most distinguished children’s authors. In her lifetime Wrightson published 27 books which have been translated into 16 languages. Wrightson, born in Lismore, New South Wales, moved to Sydney during the Second World War where she worked as hospital administrator in Bonalbo. Wrightson became assistant editor and later, editor of the School Magazine, a literary publication for children. By then, she had begun her literary career. Her writing is well known for entwining Australian Aboriginal mythology.  For her services to children’s literature, Wrightson was awarded the Hans Christian Andersen Medal in 1986. She was also a multiple winner of the Australian Children's Book Council Book of the Year Award.

The NSW Premier's Award judges had this to say:

'Winter of the White Bear is a powerful picture book. The fable-like quality of the story is clearly evident as it represents the centuries-old struggle slaves have faced at the hands of their oppressors. Told in simple yet compelling terms, every page brims with tension, danger and emotion. This is a tale about the injustice of slavery, simplified, symbolised, and solidified in a heart-stopping narrative of loss, survival, courage and redemption.' 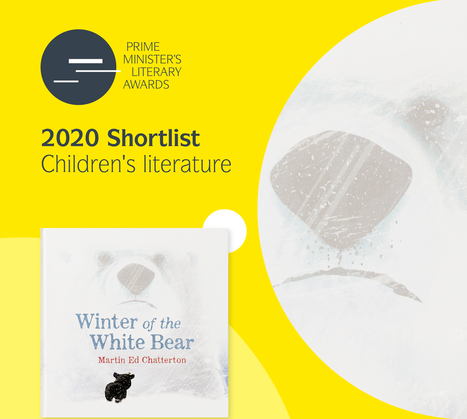 Winter of the White Bear was shortlisted for the 2020 Prime Minister's Literary Awards. This is what the judges had to say about the book:

This is a powerful picture book, one which at first glance appears deceptively simple but which carries a strong political message. It is a striking example of an important component of the picture book genre in Australia, books for older readers. It deals with the issue of slavery and forced labour. Although many believe that slavery ended in the 19th century, in fact it still continues and this book emphasises the fact that slavery is not just something that happened in the past. The language used in the book is poetical and lyrical and the book as a whole reads almost like a fable.

The illustrations are stunning, depicting vast, lonely landscapes which highlight Little Bear's powerlessness and tiny size in contrast to both White Bear and the surrounding countryside. Seascapes also serve to emphasise Little Bear's dislocation from all she knows and her loneliness in this alien world. In addition, the illustrations reflect Chatterton's own fine art practice as well as his homage to some of his favourite artists.


Slavery and forced labour are group exercises, involving many people affecting people the world over. But this book effectively highlights the plight of the many forced into slavery by focussing on Little Bear who becomes emblematic of every person in this position just as White Bear is symbolic of all slavers. The book thus becomes a metaphor for slavery as a whole.
From the front cover, we have a picture of the unequal relationship between the two bears with the blurred outlines of White Bear towering over the tiny figure of Little Bear, alone in the wintry landscape. The journey Little Bear is forced to take is depicted by the vastness of the landscape she has to travel through, taking her further and further from everywhere she knows and from where she lived happily with her father before he was killed by White Bear. Gradually though, as she is forced to work harder and harder for White Bear, her helplessness gradually begins to turn into resourcefulness.

Winter Of The White Bear  is a lavishly illustrated picture book about Little Bear whose happy life in the Great Forest is suddenly changed by the arrival of an unwelcome visitor: White Bear. When White Bear forces Little Bear to come with him and hunt for him in the northern Ice Lands, Little Bear must dig deep inside herself to find the inner strength to escape.  Exciting, touching and   thought-provoking,  Winter Of The White Bear is a picture book and story book for kids like no other. A different kind of Martin Chatterton book, a book for children to become completely immersed in the struggles of Little Bear.

In 2020, UK media company, Hungry Head Productions, won funding from the British Film Institute's Young Audience Content Fund to bring Winter of the White Bear a step closer to becoming an animated feature film. Since then they have joined forces with Emmy-winning UK animation company, Blue Zoo to co-produce Winter of the White Bear. Hungry Head also recruited Hilary Audus the UK animation legend  (director of The Snowman and Snowdog and The Bear, amongst many others) as Project Consultant.

​You can take a peek at the kind of animation Blue Zoo produce in their showreel below.
​ 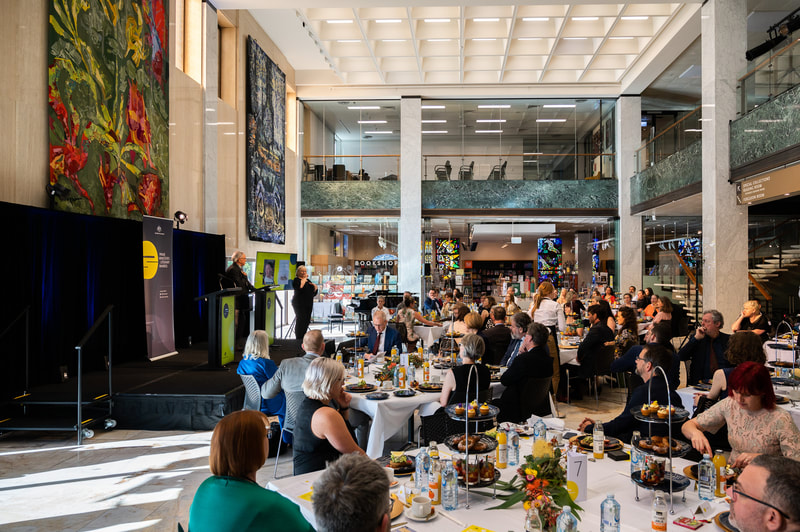 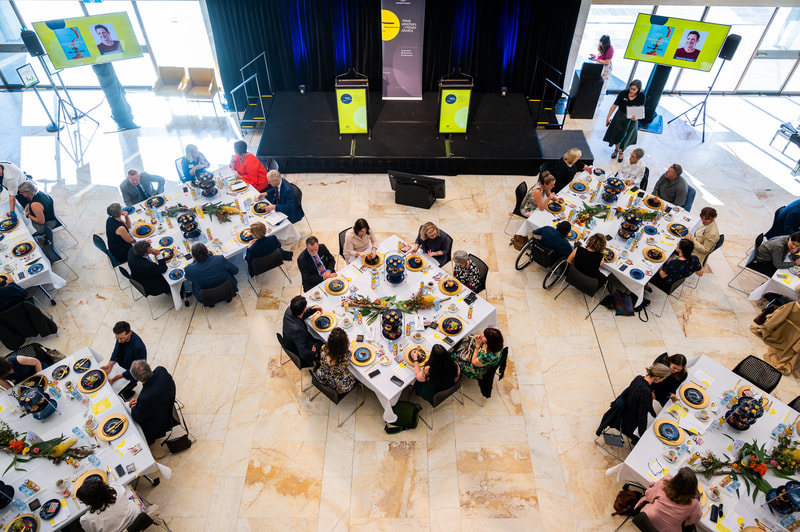 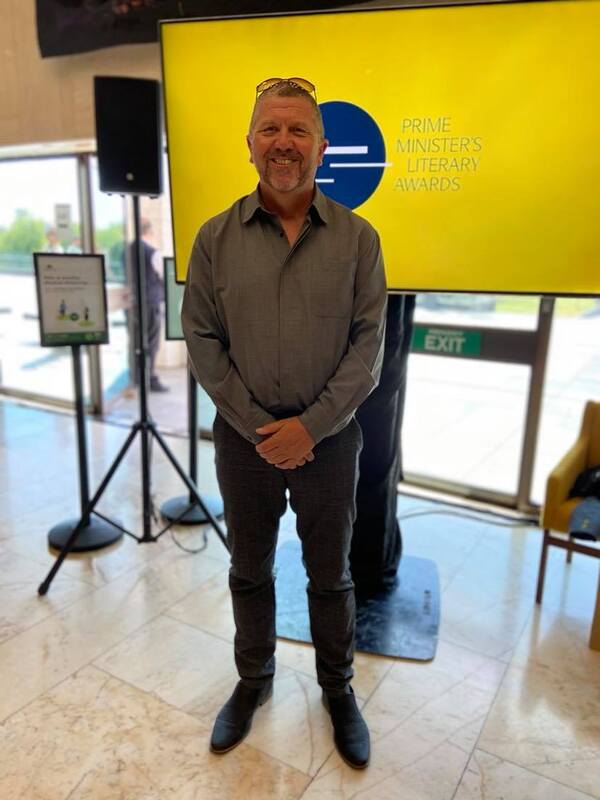 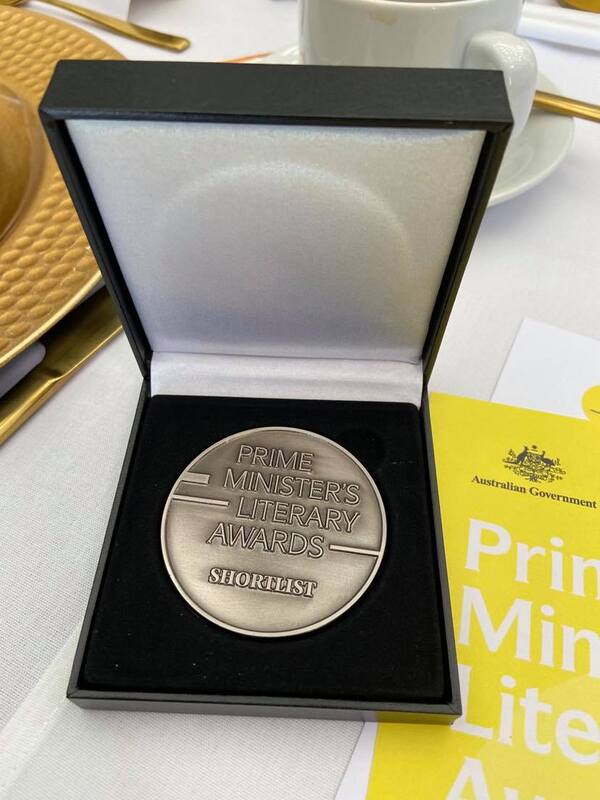 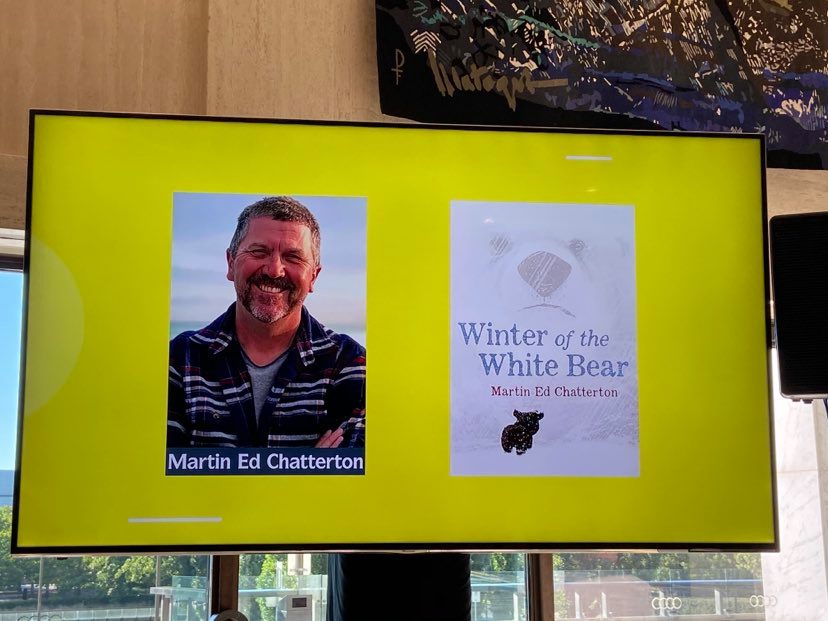 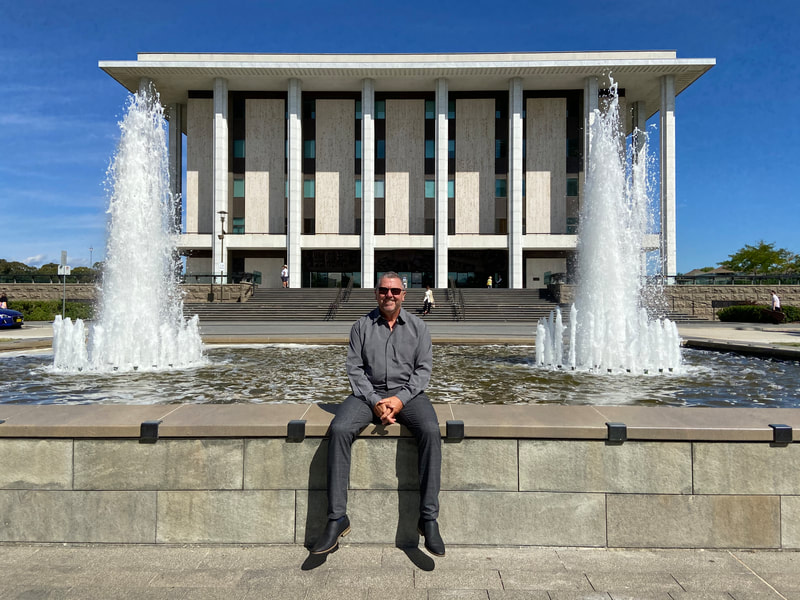 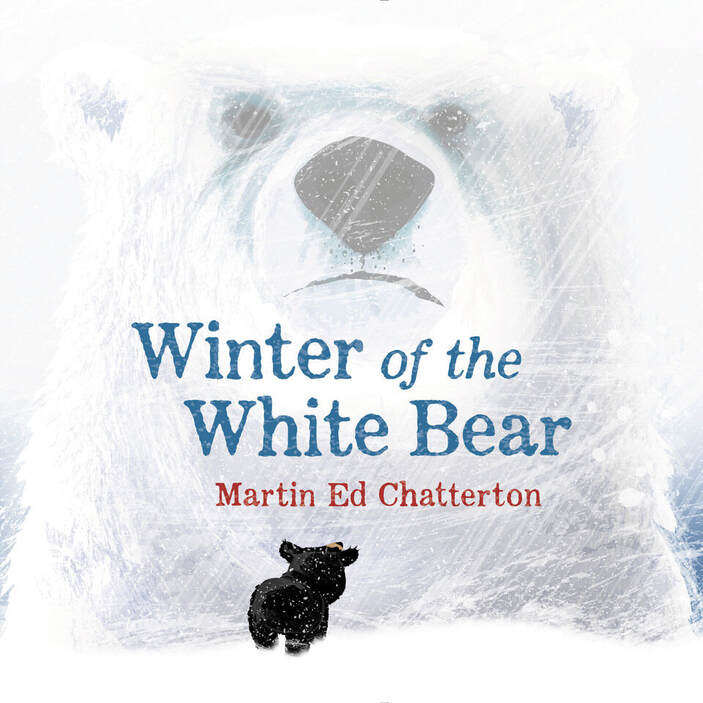 Martin's PhD on the toxic legacy of international slavery was completed in 2017 and Winter Of The White Bear is one of three books to have emerged from that research. The Last Slave Ship, his adult novel will be published in 2019 and Archangel, a futuristic graphic novel  for young adults was published by Dirt Lane Press in late 2019.

Written as part-fable, part  fairy tale, Winter Of The White Bear vividly brings a difficult subject  to a new audience with the lightest of touches. 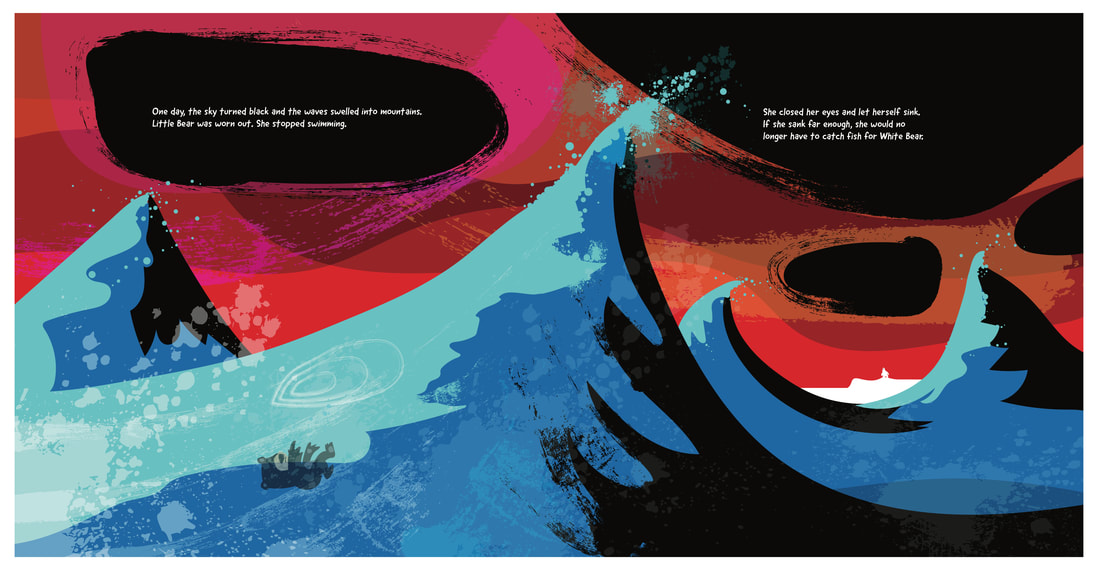 “Every book we produce is also a
social and cultural act. Our task is
to bring books and people together
in ongoing, creative and meaningful
ways, and our targeted creative
projects connect individuals to
themselves and to communities.”

Dirt Lane Press is a  publisher of quality, illustrated books for young readers  of all ages. Launched in 2016, our first title was short-listed for a prestigious award, and  we are partnering with organisations including The Wayside Chapel, Reclink, headspace,  Settlement Services International and The Big Picture Academy to produce quality books that  inspire creativity and self-transformation.

Hear more about Martin's experiences  performing Winter Of The White Bear  in China by clicking here. 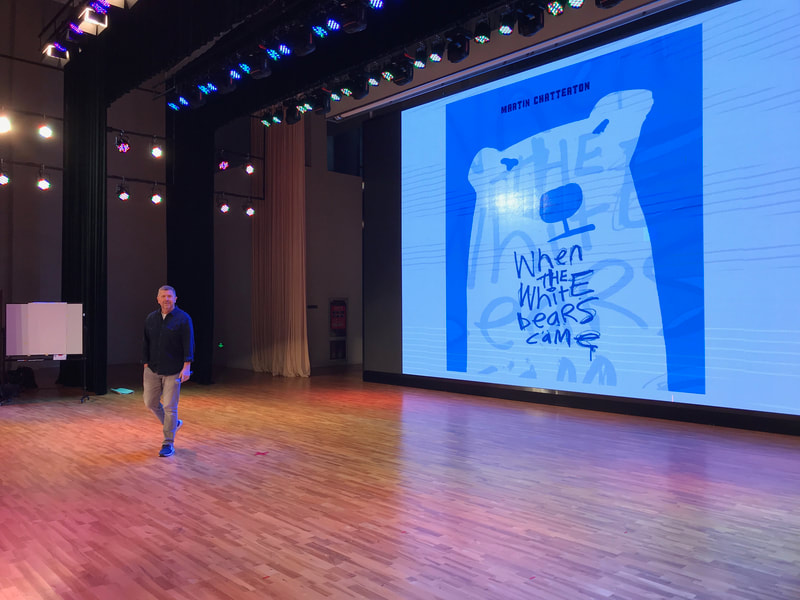 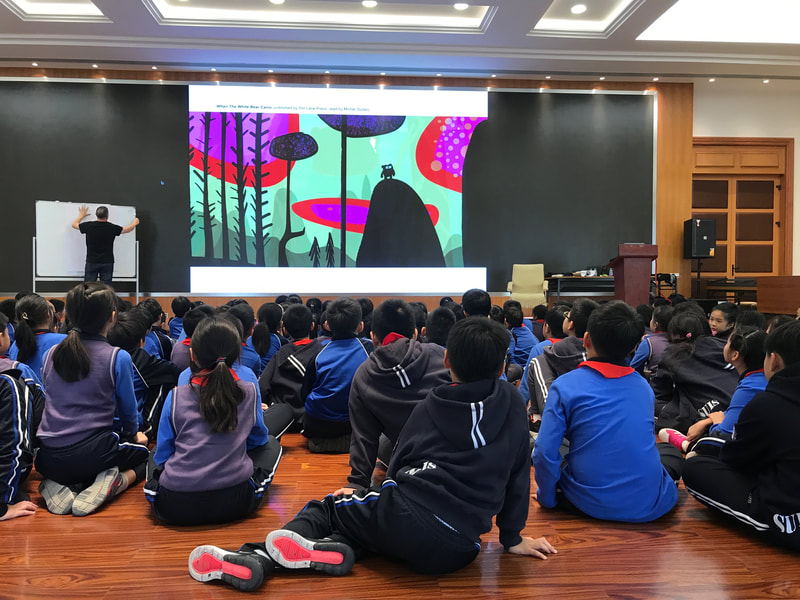 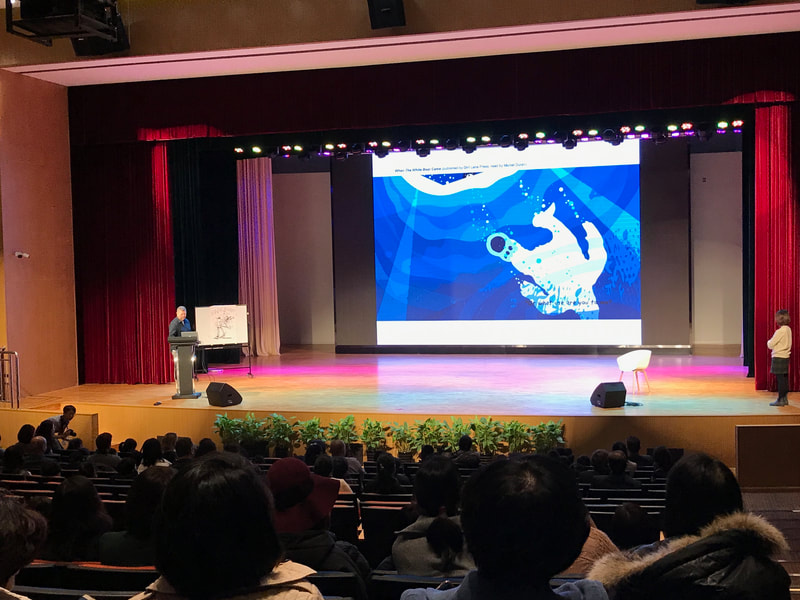